LegalTech Around the World is a webinar series by the College of Law, Centre for Legal Innovation (Australia, New Zealand and Asia-Pacific) that explores what’s happening and where in legaltech, region by region, around the world. The host of these series is David Bushby from legaltech consultancy/lawyer network InCounsel.

In the fourth session focusing on Europe outside the UK, VQ founder Helena Hallgarn participated in the webinar together with the facilitator David Bushby and Srdjan Dejanovic, Founder & CEO of Dejanović Law & Tech in Serbia. 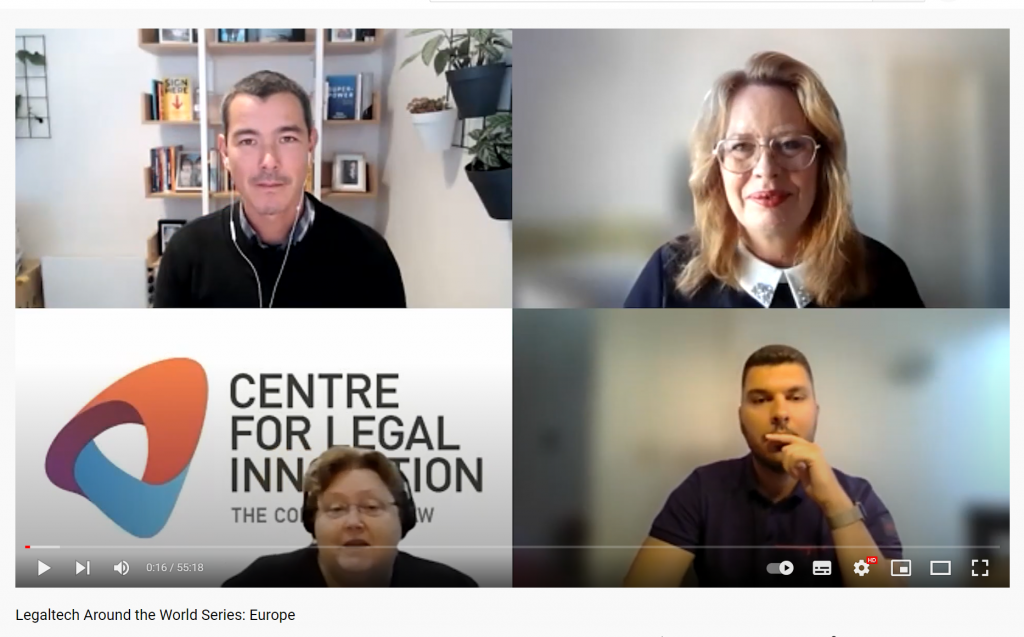 During this webinar a lot of interesting topics were discussed, such as legaltech headlines in Europe with fundings in companies such as Lexly and Pocketlaw in Sweden, setbacks in using AI in Due Diligence, active organisations on the market such as ELTA and some key trends such as greater focus on compliance. There is a lot of enthusiasm around legal tech and there are many ideas, tools, and projects out there, but there is a lack of new ways of delivering legal solutions. One conclusion from the webinar was the need to get some better use of all the tech tools that organisations have invested in, to move from ideas to action with a greater focus on the client. Or as Steve Jobs, the iconic Apple founder commented: “To me, ideas are worth nothing unless executed. They are just a multiplier. Execution is worth millions.”

You can watch the webinar here: LegalTech Around the World Europe