When we initiated the event ten years ago, it was an innovative way of highlighting the development of legal service from a strategic aspect and to create a new kind of platform where we could connect all people involved in this development, not only legal counsels and law firm partners but also HR and LegalTech specialists etc. The aim of VQ Forum was to create a common place where thought leaders and champions of change in the legal profession could share their insights and where practitioners could meet to jointly discuss the most significant aspects of the coming legal services market from different perspectives. 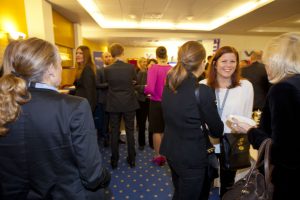 Looking back these ten years, a lot has happened on the legal market. Ten years ago, “LegalTech” wasn’t even an established term, and business development was something that was discussed on the side. If it was discussed at all within the law firm or legal department. The first VQ Forum in 2010 therefore focused mostly on Knowledge Management (KM); on KM trends, KM development, how IT was considered an enabler for KM and the importance of knowledge sharing.

The largest inspiration for us in VQ has been professor Richard Susskind – the author of books such as “The End of Lawyers?” – so we were extremely happy to be able to invite him as our key note speaker for the second VQ Forum in 2011. He there provided insightful predictions on the future of the legal profession. We also arranged a panel discussion where Anne Ramberg, the Secretary General of the Swedish Bar Association, participated. The two of them completely disagreed about Professor Susskind’s predictions as she refused to consider law as a business. 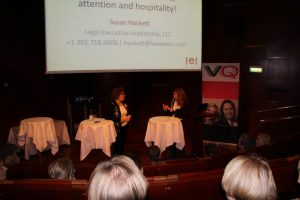 The year after, 2012, we arranged the event together with Regi and their Law Firm of the Year (Sw. Årets Advokatbyrå) survey report. Susan Hackett, Senior Vice President and General Counsel of the Association of Corporate Counsel (ACC), explained how they had been working to support the buyers of legal services, i.e. inhouse counsels, and thereby changing the way legal services was delivered. ACC made several interesting surveys amongst the general counsels to be able to better support and drive innovation on the legal field. That year, we ended the conference day with the Law Firm of the Year Awards ceremony. 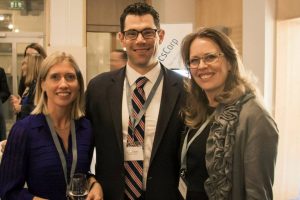 In 2013 we arranged the event together with the Arbitration Institute of the Stockholm Chamber of Commerce and their event “Commercial Objectives in International Dispute Resolutions” as a two day joint legal strategy happening; “Stockholm Legal Business Summit”. Following the discussions from 2012, we focused this year’s program on drivers for innovation, with speakers such as D. Casey Flaherty, Corporate Counsel at KIA Motors America. He explained how he had developed basic technology competence audits of young associates, with the aim to reduce the waste of time due to their lack of knowledge of basic IT tools. This was accompanied by two representatives from the Swedish Company Lawyer´s Association – Cecilia Sternius and Carl Östring – who shared their ideas regarding how they could support the members to drive change on the Swedish market for legal services. 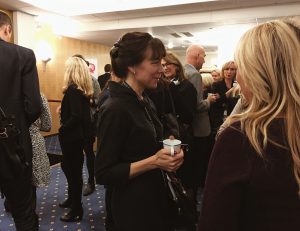 In 2014 we focused more on productivity and pricing strategies and “Why doing what you have always done is not the answer 2014”. This year we also arranged a parallel afternoon seminar on information security.

For our fifth anniversary in 2015, we could see that law firms were more aware of the need for change and we therefore focused more on business development and new legal services opportunities. 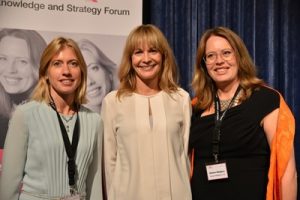 Sara Öhrwall spoke about “Automation vs Human Analysis” with future-looking views regarding automation. (This was before we had all started to talk about AI.) She explained that it is a myth that humans make better analysis than automated outcomes based on algorithms and statistics. We also learned about how British Telecom completely changed their legal department by clearly identifying their different legal needs, prioritising these and finding different ways to manage them by using different kinds of legal services. In two years they could reduce the department with 40%, reduce their external spending with 11% and deliver better legal support to the organisation. This was a practical example of Richard Susskind’s view of legal services development explained already in 2011.

Also, this year we arranged parallel seminars in the afternoon to further discuss business development in practice. We ended the conference day with a presentation by Jordan Furlong, who stressed that in order to being able to adapt to and benefit from innovations and technological development in our business, we have to value productivity much higher. As he pointed out, law firms are probably the only industry left that still believes that hard work and several hours equals productivity. 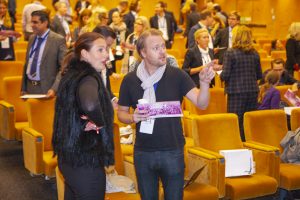 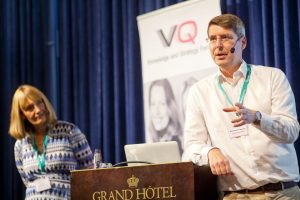 As law firms had now gained much more awareness of changes on the legal market, the theme for 2016 was “Reinvention and Disruptive Innovation”.

Dr. Christian Sandström described the potential for a digital disruption in the legal sector and made comparisons to the collapses of Kodak and Nokia. We also had initiated speakers explaining the blockchain technology and how smart contracts could support and automate some legal processes.

In 2017 we started talking about AI. The main theme for VQ Forum this year was “Digital transformation and Legal Artificial Intelligence”. 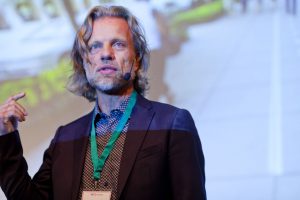 We also initiated discussions about how AI would change how lawyers work, new opportunities with AI and how it would change arbitration proceedings in the future. This year MAQS also presented our joint VQ-Lindahl-MAQS AI project TrueAgreement based on IBM Watson. During the cocktail reception after the conference, we arranged a vernissage together with POM Gallery. 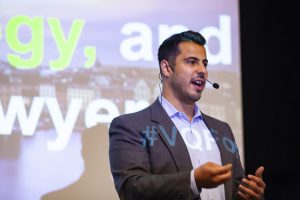 Last year, 2018, the theme was “Ushering in the Future of Practice of Law with a Client Centric Approach”. It was introduced by Johan Eriksson from Google with his clear mission about automation; anything that can be automated has to be automated. We were also happy to be able to introduce the CEO and Co-founder of the well-known AI research tool Ross Intelligence, Andrew Arruda, explaining how such tools will affect the lawyers of tomorrow. This kind of technology can support law firm lawyers to become more client-focused and solving their clients need. 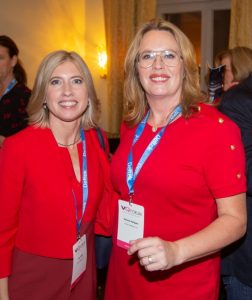 For 2019, we look forward to a grand finale and to gain new insights on the theme “Law 2.0” and discussing innovation from all aspects. Technology naturally plays an important role, but innovation is not simply a case of automating process, it is about creating new ways of working and new ways of delivering services, and building new kinds of organisations. Hopefully we will get many new insights to bring with us for the next ten years to come.