The European Legal Technology Association (ELTA) is an association of law firms, companies, legal technology providers, start-ups, and individuals in Europe. The Association regards itself as a platform specifically for the promotion of knowledge about, and the possible application of technology- and software-supported solutions in the legal market (legal technology) as well as its use within companies, law firms, start-ups, and other initiatives active in this area. The idea is to build an independent community of European legal tech experts and enthusiasts.

In this ambition they appoint Ambassadors in the different countries. The ELTA Ambassadors are a group of handpicked well-connected legal tech pioneers from all over Europe and beyond, who volunteer to act as “swinging doors” between their country or region and the international level of ELTA. In addition to the regional Ambassadors, the group also comprises Ambassadors representing sectors and interest groups in the legal market at a European level. As such, the Ambassadors are a group of propagators and influencers in the international legal tech scene. 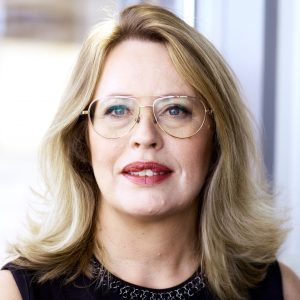 Considering that Virtual Intelligence VQ are pioneers in legal tech in Sweden, focusing on digitalisation and innovation of the legal sector we are proud to announce that Helena Hallgarn now has been appointed Ambassador for ELTA in Sweden.

This way we can actively support ELTA to become a widely known and well established expert organisation and think tank for legal technology and legal innovation throughout Europe and beyond.

Join us for the European Legal Tech Congress in Madrid in November 20-22. If you register until 30th September you save 20% on the official fee.