We are delighted to announce Karl Chapman, Strategic Advisor to EY Riverview Law, as VQ Forum speaker in October. 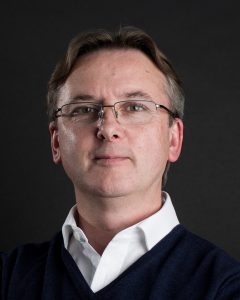 At VQ Forum, Karl will share his wide experience in supporting General Counsel, Heads of Legal, Chief Legal Operations Officers and Legal Technology Leads as they evolve their operating models and utilise platforms and data to transform their and related functions.

Karl was CEO and Founder of Riverview Law and has a long pedigree in starting, growing and managing successful companies across a number of sectors including legal, HR, recruitment and technology.

After reading law at Birmingham University, Karl Chapman joined Guinness Mahon Investment Management in 1985 and in 1987 was Money Observer’s top-performing UK unit trust fund manager. In 1989 Karl set up CRT Group plc, a consultancy, recruitment and training business. Under Karl’s leadership CRT grew to a market capitalisation of over £600 million, sales in excess of £400 million with 2,500 employees in over 200 locations. In 1996 CRT sold 50.1% of its equity for £109 million. He has since 25 years experience in setting up and running four businesses in the managed services and technology sectors, including being Chief Executive and Founder of (i) Spring Group plc (acquired by Knowledge Universe in 1996), (ii) AdviserPlus Business Solutions Limited (acquired by Limerstone Capital in 2016), and (iii) Riverview Law Limited, acquired by EY in 2018.

Karl Chapman is also a Non-Executive Director of Kim Technologies, a leading edge software company that applies artificial intelligence capabilities to case management and document and knowledge automation, and an Elected a Fellow of the College of Law Practice Management in the United States.