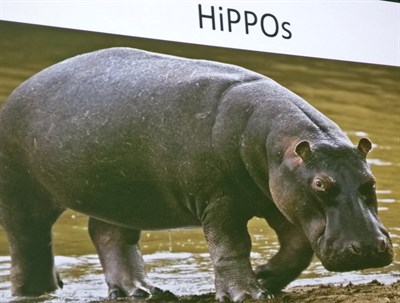 Andrew McAfee, Director of the MIT Initiative on the Digital Economy, started off the LegalTech part of LegalWeek 2017 with a visionary keynote on the things he’d learned since the publication of his book “The Second Machine Age: Work, Progress, and Prosperity in a Time of Brilliant Technologies” in 2014. Even though it is merely three years ago, the tech progress has surprised all experts since, both in regard to scale and pace, as well as scope. For example, technology has now found ways to conquer barriers like Polanyi’s Paradox and has proved in study after study to be better than human experts in making decisions and finding the right solutions.

Polanyi’s Paradox refers to the problem of tacit knowledge, that we know more than we can tell. Up until very recently, it has been a barrier to AI solutions to encode human knowledge when the knowledge cannot be articulated. For example, the world’s top players of the 4,000-year-old strategy game ‘Go’ has not been able to explain their moves by strategic choices but merely by relying on instinct based on long experience (by “seeing the right move in their heads”). Attempts to program a computer good enough to beat a human Go player has therefore failed for a long time. Until March 2016 when Google’s AlphaGo proved it possible to break the barriers of Polanyi’s Paradox and won four out of five Go games against the world’s best human player. Read more here: “Artificial intelligence: Google’s AlphaGo beats Go master Lee Se-dol”.

An interesting observation by Andrew McAfee in regard to the level of skills required to beat the best Go player in the world was that we do not know if the best human performance is at the top of the maximum performance level or not. The accumulated human knowledge may not be on the top of the scale, it could just as well be at a very low level. Being the best on the planet does not have to mean that the performance is at its maximum. With new AI solutions, the level of any knowledge, expertise or skill could be so much grander than we realize.

For example, a simple smart phone app created by a student can now diagnose skin cancer almost as accurate as a dermatologist. And we all know about Watson winning the TV show game Jeopardy several years ago. After that victory, Watson has been used for medical purposes. By absorbing 15 million pages of medical textbooks and academic papers about oncology it can now diagnose cancer cases that human doctors have missed. Other studies show that HR solutions based on algorithms are better than humans at hiring the best employees; when an algorithm picked the candidate, they both stayed longer and did a better job. Read more here: “Machines Are Better Than Humans at Hiring the Best Employees”

In study after study covering several areas of expertise, algorithms have been just as good or significantly better than humans. Humans have only managed to outperform an AI solution in 6 % of the cases, whereas algorithms have outperformed humans in 46 % of the cases! Still, we humans have a tendency to trust one’s gut over a machine. In most corporations we rely on, what Andrew McAfee calls the HiPPOs – the Highest Paid Person’s Opinion – instead of taking evidence-driven decisions.

In the study about employee hiring, the phenomenon was dubbed as the “algorithm aversion”. Despite the fact that hiring algorithms reduce hiring and turnover costs, find employees who fit better within companies and set aside the bias risk, most hirings are still done by humans. Some hiring HiPPO managers gravitate to people like themselves; others are just overconfident in their abilities to predict success.

Relying on HiPPOs can be devastating for a corporation’s success. As Andrew McAfee analysed in his presentation, the disruptor companies onward will be the ones that are evidence-driven, outward-looking platform operators with geeky leadership. I.e. companies which:

Are you prepared to this cultural shift in your organisation to support disruptive thinking and innovation or will you continue to base your strategic decisions on HiPPOs?

Read all our posts from LegalTech 2017: