One of the buzz words 2015 was “Uberization” and the potential for a similar disruption of the legal market as Uber’s business model has caused for the transportation market. After all, as Mark A. Cohen points out in the article “Lawyers, Cabbies and Uber”, “lawyers and cabbies have several things in common, most significantly the billing system, which only generates revenue when the meter is down/the lawyer is working his hours.” We have also written about this topic in “Uber and the legal market”, where we discussed how the launch of lawyer-on-demand apps like Quicklegal and UpCounsel might lead the way for legal digitalization. See also “UpCounsel: The Uber of Legal Industry?” and “Taxi Drivers Now, Lawyers Next”. Other technical platforms providing digital services already exist and have been successful for quite some time now; LegalZoom, RocketLawyer and others with Uber-like solutions connecting legal consumers to a network of lawyers and providing services in a faster, cheaper and more efficient way.

As for legal technology, 2015 was also the year that Artificial Intelligence and cognitive computing made its grand entrance into the legal world. IBM Watson has been a famous example of cognitive computing and AI technology since it won Jeopardy in 2011, but now there are specific legal applications in use.

For example, Berwin Leighton Paisner has developed a ‘contract robot’ in conjunction with London tech start-up RAVN, which “can complete within seconds legal work which would take a team of paralegals and associates months to do” (“BLP pioneers ‘contract robots’ for lawyers”).

Another example is global firm Dentons, which uses ROSS Intelligence with IBM Watson and its “AI lawyer” application designed to answer legal questions thanks to machine learning for bankruptcy related research matters.

A question currently being discussed vividly amongst legal professionals is if AI and the current legal tech advances should be thought about as machines replacing human lawyers or about machines and humans working together effectively.

Chrissie Lightfoot concludes in “Come the AI legal armageddon, what’s in it for me?”that “as machines become more intelligent it is inevitable that the machine will move up the legal vertical and do more replacing of human lawyers than supporting.” Richard Åkerman expresses similar thoughts in the Swedish article “Det är aldrig roligt att bli ersatt av en maskin”. Others are focusing more on machines as support tools and stresses the importance for lawyers to enhance the human parts of their skills and use the machines for the parts of practice that can be automated.

As Dera J Nevins points out in “Getting a head start in the new AI economy”: “Machine learning has replaced a lot of things that I used to do, but my age has also replaced a lot of things I used to do. I don’t want to the same thing as a 20-year practitioner as I did as a first year practitioner.” Debra J Nevins also elaborates the topic in “Who’s afraid of future law?”

Inevitably though, the exponential growth of computing power means that great change is imminent in the legal sector. John Alber thinks that “When we look back on this period in 20 or 30 years’ time, I expect we will agree that the most significant metric underlying the transformation of legal practice will have been the cost per unit of processing power. Not profits per partner. Not margin. Not any number of other things we might measure.” See “The future of law in the age of robot lawyers and blockchain technology” and “Robotic intelligence entering the legal market”.

Most of the talk about increasing computing power has to do with robot lawyers. Some lawyers imagine machine-learning platforms like IBM Watson taking over large swathes of law practice. Many more lawyers respond to such ideas with disdain. In much the same manner that pilots once said that computers would never be able to land airplanes – that too much subtle human judgement was required – lawyers dismiss the proposition that their judgement can be automated. Of course, this overlooks the large segments of practice (and the revenue streams attached to them) that have already fallen to automation and process improvement. Think of document review (now very automated), legal research (increasingly automated) and document drafting (in the process of being automated).

The impact of AI and machine learning techniques on the legal market still remain an open question, but numerous firms are exploring how the tools and techniques can help them better serve clients and manage the firm. As Ron Friedmann points out in “Top Three Legal Tech Trends in 2015” “Management and partners must stay abreast of these issues and determine if they need to act. Technology is ubiquitous today and, if nothing else, partners must have a reasonably educated point of view or risk client ire – or worse.” In the Law Firms Survey 2015, compiled by consultancy PwC, 80% of respondents said they recognised the importance of digital in their future strategies. However just 23% have so far made changes to how they operate. See “Firms not responding to digital age, annual snapshot shows”. 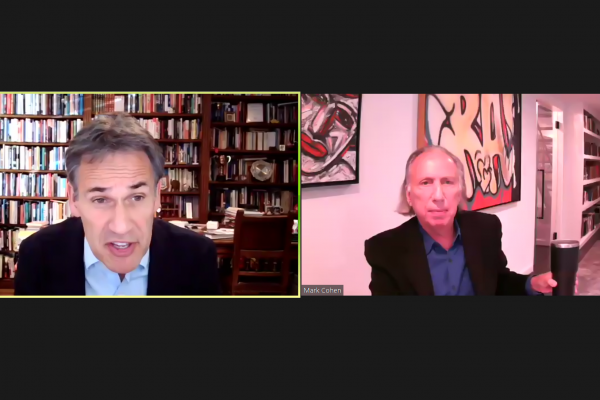