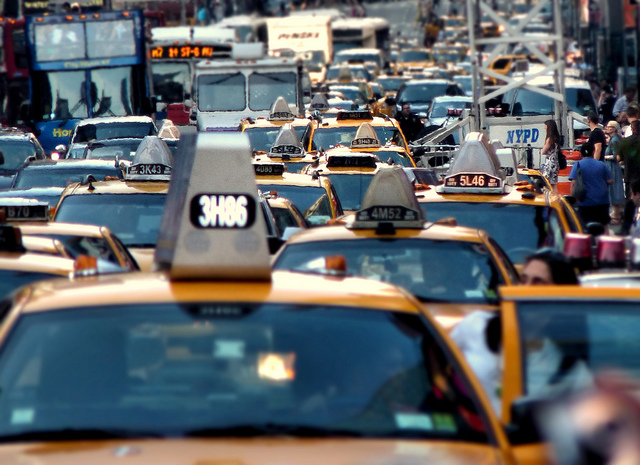 After an unprecedented global conquest, Uber has had some bumpy rides lately, with protests, complaints with the European Commission and a Californian Labor Commissioner’s decision ruling against Uber’s claim that drivers are independent contractors, not employees. The big question in focus when it comes to Uber is whether it provides transport services or digital services using technology to connect a community of customers and drivers, i.e. whether Uber is subject to taxi regulations or not. Regardless of the outcome to that question, it is interesting to compare Uber’s business model and its impact on the taxi market to legal services and the potential of a similar disruption of the legal market. After all, as Mark A. Cohen points out in the article “Lawyers, Cabbies and Uber”, “lawyers and cabbies have several things in common“, most significantly the billing system, which only generates revenue when the meter is down/the lawyer is working his hours.

Uber’s business model is part of the new shared economy model, as Uber uses technology to completely change the personal transportation market. In this model, a digital service (a technical platform) is used to match service providers with customers in a way that provides efficient distribution and enhanced ways to make use of excess capacity. Or as Mark A. Cohen puts it, “Technologically, it is the glue that connects providers to consumers, cutting out the traditional delivery infrastructure and providing faster, cheaper, and more efficient alternatives to the incumbent economic model.”

How does this then apply to the lawyers? Could there be an ‘Uberization’ of the legal market as well?

The shared economy model and digitalization has already disrupted other traditional industries, however mostly in regard to more routine businesses, not high-skilled, specialized work. But that might be changing. The recent launch of lawyer-on-demand apps like Quicklegal and UpCounsel might lead the way. According to Tom Taulli in the Forbes article “UpCounsel: The Uber of Legal Industry?”, UpCounsel is not only providing a service that allows companies to easily find and hire an attorney, it also taps into a major change in the nature of the US workforce with the online work technology allowing the lawyers to move away from the traditional on-premise work to part-time, freelance and contract work.

Other technical platforms providing digital services already exist and have been successful for quite some time now; LegalZoom, RocketLawyer and others with Uber-like solutions connecting legal consumers to a network of lawyers and providing services in a faster, cheaper and more efficient way. Traditional legal services are definitely under assault by these new entrants and other new model law firms (alternative business structures) like Riverview and Radiant Law, the big auditing firms providing legal service, and other new innovative legal service providers like BT Law, where an in-house company legal team offers services to businesses other than its employer company. Find out more in the Archana Makol interview “The art of war in legal”. Even though the traditional law firm model is still dominant, the role and function of the traditional law firm has already changed. In the era of digitalization, lawyers are using technology more, and in more structured ways, decreasing time spent on information gathering and commoditized services. More and more firms are providing fixed-price services by the use of technology and project management. Decreased use of hourly billing provides increased incentives for efficiency and digitalization. As Alex Hamilton, Radiant Law, recently tweeted as an explaination to the drive for fixed prices, “Why would a lawyer who was on top of lean, agile and project management, and focused on client value, bill hourly?” But still, there is no legal service provider being even remotely close to any ‘Uberization’ on the legal market. As Mark A. Cohen points out in the article mentioned above, “Uber did not seek to create a variation on the traditional cab company by, say, painting its cars crushed orange, or discounting cab rates by a certain percentage. Instead, they utilized technology -upon which they made a huge initial investment – to alter the way people utilize car-for-hire transport. In the process, they did away with the existing taxi fleet model, replacing it with resources they neither owned nor maintained.”

How could something similar be done in regard to legal services? Well, that still remains to be seen, but, as Mark A. Cohen concludes, the ingredients are largely in place: “(1) technology; (2) relatively low regulatory and legal hurdles; (3) a wealth of providers with under-utilized assets and, in the retail market segment, a glut of clients in need of representation -“the access to justice crisis”; and (4) consumers driven to identify more cost-effective, efficient alternatives to traditional legal service providers. What’s missing and when will the tipping point occur?”